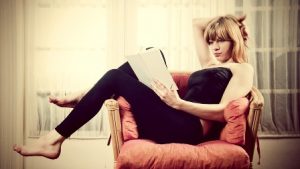 In its broadest sense literature is any written work; the term “literature” derives from Latin “literatura,” which means “writing formed with letters”, although some definitions include spoken or sung texts. More restrictively, literature is writing that possesses literary merit, and language that foregrounds literariness, as opposed to ordinary language. Literature can be classified according to whether it is fiction or non-fiction and whether it is poetry or prose; it can be further distinguished according to major forms such as the novel, short story or drama; and works are often categorized according to historical periods or their adherence to certain aesthetic features or expectations (genre).

Some of the earliest forms of literature are the myths that have been passed down through history. Myths directly represent the culture and time period from which they were born. Ideological meanings can be assigned to history through the myths that evolved from a particular society. Present day politics has its roots in the mythology that was passed down through Greek and Roman culture. The myth is the primary language of historical memory. The demonstration of the influence mythology has had on times gone by and the present is a perfect example of the powerful affect that fictitious words can have on a group of people.

Authors very often write about how they believe society should be, or will be in the future. After reading about these idea and thought, society may subconsciously try to turn them into reality. The novel 1984, by George Orwell, written earlier in the 20th century, and talks about how society will be in the year 1984. To his audience he was thought to be crazy. The technology and way of life he spoke about was absolutely unbelievable, and only few people believed that anything he spoke about was possible. But, as it turns out, society in the year 1984 wasn’t too different from what he predicted.

Many novels have been controversial in society as well, some to the point of being banned from bookstores and libraries. Very often, authors write about there own lives through a character in their novel. By using such a method of writing, the author is writing about how society really is, from his her point of view. This can sometimes cause problems, as with The Catcher in the Rye, which was banned for an extended period of time, because society couldn’t handle being criticized in such a way. However, it was in fact reality, and it only took time for society to realize this, and put the book back on the shelf.