This collection of more than 100 political science essay topics and example essays on political science highlights the most important topics, issues, questions, and debates that any student of the field ought to have mastered for effectiveness. 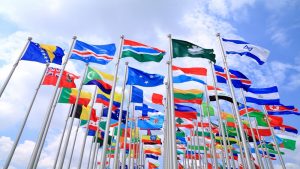 There are large areas of political life and culture not covered or explained by political theory. These include the imponderable and unpredictable dilemmas, the problems and paradoxes, that make the study of politics a formidable undertaking. It is the task of political scientists in the twenty-first century to deal with these problems. Among them are:

As in all social sciences, there are no absolutes in political science. Every political system, every form of government, and every method of determining the popular will ever devised by man is flawed—some more than others. In Plato’s philosophy, all forms of government are only shadows of the ultimate ideal government in the unseen realm. The task of the political scientist is to bridge the gap between the shadows and the ideal.