In 1952, Encyclopedia Britannica published a fifty-four-volume set titled Great Books of the Western World. The Great Books were intended by Dr. Mortimer Adler and Dr. Robert Hutchins to establish a standard curriculum for American schools, but the public response to the first edition was tepid. Sales of the volume set rendered the multimillion-dollar project a financial failure. Nevertheless, a second edition was published in 1990 with few alterations. Many critics deplored it for failing to reflect the changing cultural landscape of the twentieth century.

Hutchins and Adler conceived the project as a means of delimiting and promoting a distinctly Western literary canon. There were 443 works representing seventy-six authors in the first edition, and selection criteria were based on the work’s relevance to 102 Great Ideas. Both the selection criteria and the notion of a list of Great Ideas met with immediate controversy. For one thing, a number of celebrated French authors are conspicuously absent: Molière, Racine, Balzac, and Flaubert. No works are represented for several important continental authors, including Friedrich Nietzsche, Søren Kierkegaard, John Calvin, and Martin Luther. Among the missing works of English authors are Christopher Marlowe’s Dr. Faustus, any poems by John Donne, and John Webster’s Duchess of Malfi. Four volumes are devoted to Aristotle and Thomas Aquinas without either a rationale or an introduction to their highly specialized use of philosophical terms. The same is true of the six volumes apportioned to scientific works. The lack of explanatory material has given occasion for critics to dismiss the project for lacking relevance to any but the privileged.

The following authors do appear in Great Books of the Western World: 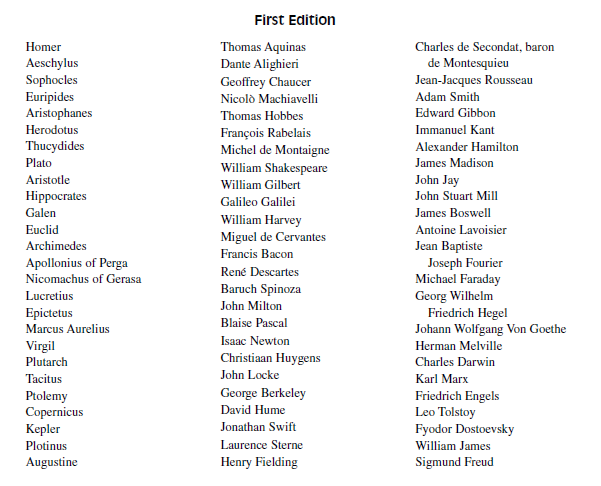 Table 2. Added to the Second Edition 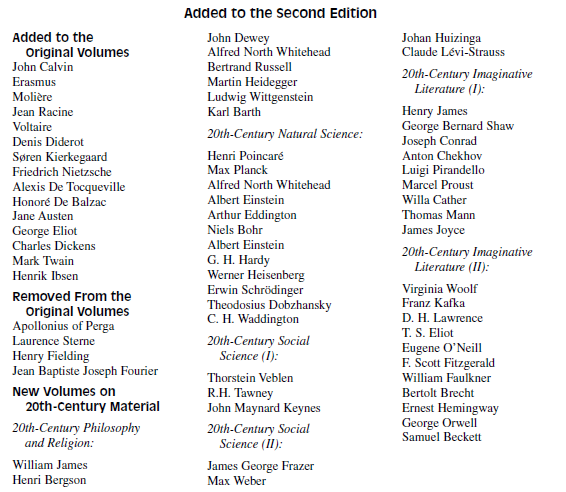 Among the most interesting innovations involving the Great Books was the creation of a multivolume Synopticon written by Adler in which articles on subjects as diverse as “Love,” “Politics,” and “War” were linked to appropriate sections where these topics were discussed in the Great Books.

Perhaps a testament to the enduring attractiveness of the project for some, Great Books programs at St. John’s College, the University of Chicago, and Biola University continue with steady enrollment numbers.

This example Great Books Of The Western World Essay is published for educational and informational purposes only. If you need a custom essay or research paper on this topic please use our writing services. EssayEmpire.com offers reliable custom essay writing services that can help you to receive high grades and impress your professors with the quality of each essay or research paper you hand in.