Home
/
Essay Writing
/
How to Write an Anthropology Essay

How to Write an Anthropology Essay? This page briefly situates anthropology as a discipline of study within the social sciences. It provides an introduction to the kinds of writing that you might encounter in your anthropology courses, describes some of the expectations that your instructors may have, and suggests some ways to approach your assignments. It also includes links to information on citation practices in anthropology and resources for writing anthropological research papers. 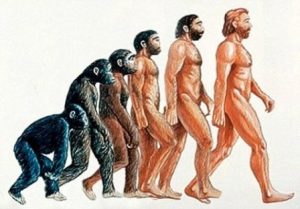 What Kinds Of Writing Assignments Might I Encounter In My Anthropology Courses?

This is the type of assignment most often given in anthropology courses (and many other college courses). Your anthropology courses will often require you to evaluate how successfully or persuasively a particular anthropological theory addresses, explains, or illuminates a particular ethnographic or archaeological example. When your instructor tells you to “argue,” “evaluate,” or “assess,” s/he is probably asking for some sort of critical essay. (For more help with deciphering your assignments, see the Writing Center handout on how to read an assignment.

Writing a “critical” essay does not mean focusing only on the most negative aspects of a particular reading or theory. Instead, a critical essay should evaluate or assess both the weaknesses and the merits of a given set of readings, theories, methods, or arguments.

Another common type of research and writing activity in anthropology is the ethnographic assignment. Your anthropology instructor might expect you to engage in a semester-long ethnographic project or something shorter and less involved (for example, a two-week mini-ethnography).

So what is an ethnography? “Ethnography” means, literally, a portrait (graph) of a group of people (ethnos). An ethnography is a social, political, and/or historical portrait of a particular group of people or a particular situation or practice, at a particular period in time, and within a particular context or space. Ethnographies have traditionally been based on an anthropologist’s long-term, firsthand research (called fieldwork) in the place and among the people or activities s/he is studying. If your instructor asks you to do an ethnographic project, that project will likely require some fieldwork.

Because they are so important to anthropological writing and because they may be an unfamiliar form for many writers, ethnographies will be described in more detail later in this handout.

Sample assignment: Spend two hours riding the transit bus. Take detailed notes on your observations, documenting the setting of your fieldwork, the time of day or night during which you observed and anything that you feel will help paint a picture of your experience. For example, how many people were on the bus? Which route was it? What time? How did the bus smell? What kinds of things did you see while you were riding? What did people do while riding? Where were people going? Did people talk? What did they say? What were people doing? Did anything happen that seemed unusual, ordinary, or interesting to you? Why? Write down any thoughts, self-reflections, and reactions you have during your two hours of fieldwork. At the end of your observation period, type up your field notes, including your personal thoughts (labeling them as such to separate them from your more descriptive notes). Then write a reflective response about your experience that answers this question: how is riding a bus about more than transportation?

In some assignments, you might be asked to evaluate the claims different researchers have made about the emergence and effects of particular human phenomena, such as the advantages of bipedalism, the origins of agriculture, or the appearance of human language. To complete these assignments, you must understand and evaluate the claims being made by the authors of the sources you are reading, as well as the fossil or material evidence used to support those claims. Fossil evidence might include things like carbon dated bone remains; material evidence might include things like stone tools or pottery shards. You will usually learn about these kinds of evidence by reviewing scholarly studies, course readings, and photographs, rather than by studying fossils and artifacts directly.

Sample assignment: The emergence of bipedalism (the ability to walk on two feet) is considered one of the most important adaptive shifts in the evolution of the human species, but its origins in space and time are debated. Using course materials and outside readings, examine three authors’ hypotheses for the origins of bipedalism. Compare the supporting points (such as fossil evidence and experimental data) that each author uses to support his or her claims. Based on your examination of the claims and the supporting data being used, construct an argument for why you think bipedal locomotion emerged where and when it did.

How Should I Approach Anthropology Papers?

Writing an essay in anthropology is very similar to writing an argumentative essay in other disciplines. In most cases, the only difference is in the kind of evidence you use to support your argument. In an English essay, you might use textual evidence from novels or literary theory to support your claims; in an anthropology essay, you will most often be using textual evidence from ethnographies, artifactual evidence, or other support from anthropological theories to make your arguments.

Here are some tips for approaching your anthropology writing assignments:

What Is An Ethnography? What Is Ethnographic Evidence?

Many introductory anthropology courses involve reading and evaluating a particular kind of text called an ethnography. To understand and assess ethnographies, you will need to know what counts as ethnographic data or evidence.

You’ll recall from earlier in this article that an ethnography is a portrait—a description of a particular human situation, practice, or group as it exists (or existed) in a particular time, at a particular place, etc. So what kinds of things might be used as evidence or data in an ethnography (or in your discussion of an ethnography someone else has written)? Here are a few of the most common:

Remember that “evidence” is not something that exists on its own. A fact or observation becomes evidence when it is clearly connected to an argument in order to support that argument. It is your job to help your reader understand the connection you are making: you must clearly explain why statements x, y, and z are evidence for a particular claim and why they are important to your overall claim or position.

In anthropology, as in other fields of study, it is very important that you cite the sources that you use to form and articulate your ideas. (Please refer to our handout on plagiarism for information on how to avoid plagiarizing). Anthropologists follow the Chicago Manual of Style when they document their sources. The basic rules for anthropological citation practices can be found in the AAA (American Anthropological Association) Style Guide. Note that anthropologists generally use in-text citations, rather than footnotes. This means that when you are using someone else’s ideas (whether it’s a word-for-word quote or something you have restated in your own words), you should include the author’s last name and the date the source text was published in parentheses at the end of the sentence, like this: (Author 1983).

If your anthropology or archaeology instructor asks you to follow the style requirements of a particular academic journal, the journal’s website should contain the information you will need to format your citations. Examples of such journals include The American Journal of Physical Anthropology and American Antiquity. If the style requirements for a particular journal are not explicitly stated, many instructors will be satisfied if you consistently use the citation style of your choice.